Written by Hannah Groves, Program Manager of the Regional Health Connector Program, made possible by the shared knowledge, expertise and work of Imo Succo and partnership of Southwestern Colorado Area Health Education Center 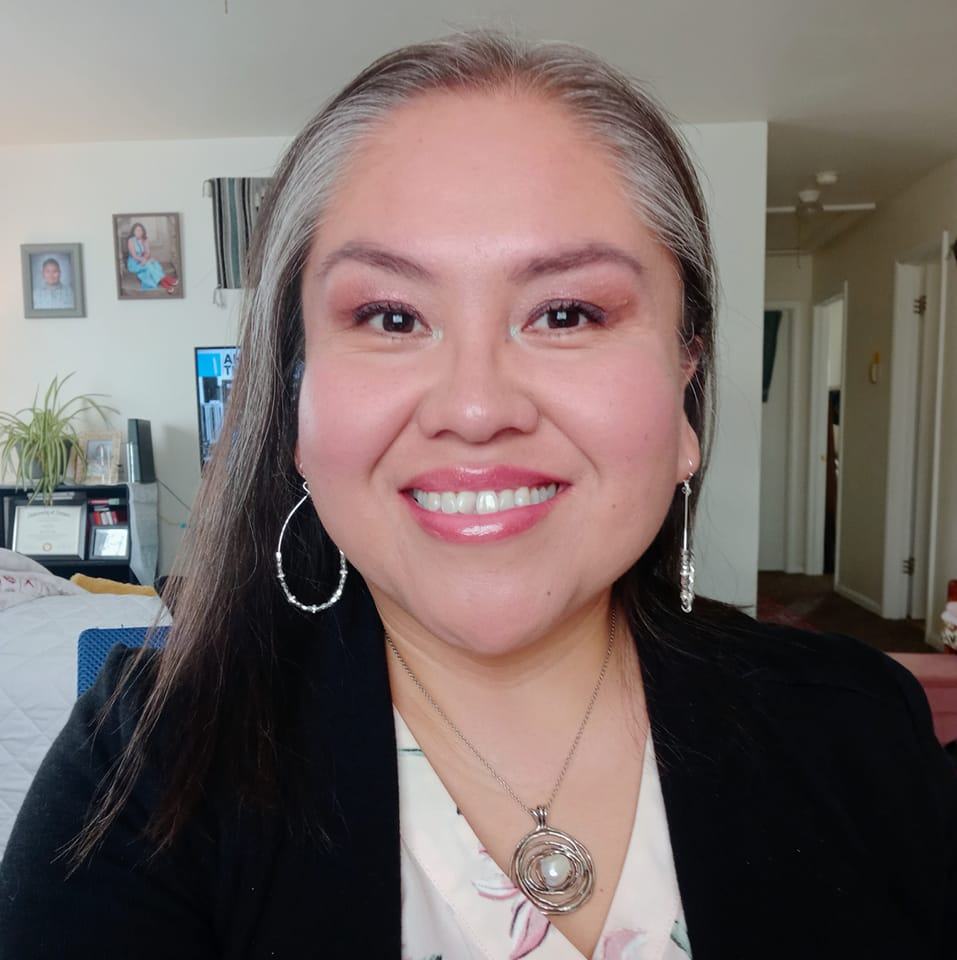 Utilizing her years of experience as a police dispatcher, her Master of Social Work education, and her lived experience as a member of the Navajo Nation tribe and passion for her community, Regional Health Connector Imo Succo is an educator, advocate and culture bearer for Native American communities in Southwest Colorado. She is hosted by local organization Southwestern Colorado Area Health Education Center, who supports her in the RHC role.

Southwest Colorado (Region 9) is Imo’s home, and the home of many others in the Native American community. Comprised of Archuleta, Dolores, La Plata, Montezuma, and San Juan counties, Region 9 is bordered by two Native American tribes – the Southern Ute Tribe and Ute Mountain Ute Tribe. Bordered by these two nations, Region 9 serves the largest Native American population in the country, providing resources to Indigenous People living on and outside of the Southern Ute and Ute Mountain Ute reservations. This includes the Navajo Nation community members living in the bordering states of Arizona, Utah and New Mexico. For many Native Americans living on the Southern Ute and Ute Mountain Ute reservations and in neighboring communities, Southwest Colorado is the nearest place offering needed resources like groceries and healthcare. “Non-profits are huge here, not because it’s a trend but because they’re needed,” says Imo, “Southwest Colorado is always the last to have access to resources and programs, and social needs are at the bottom.” To Imo, it is critical that residents and service agencies understand this context and the culture of where they live, work and play to improve health equity for Native Americans.

“Health equity means for me, being able to access all kinds of healthcare, mental healthcare, substance abuse care, without having to think about who I am. That means that I have access to all these different kinds of programs without thinking that I’m going to be stigmatized. Without thinking that I’m not going to be understood and without having to feel that I’m profiled… In my work, building a recovery community organization with an Indigenous cultural treatment modality is [addressing] one of the biggest barriers that are occurring here in Southwest Colorado. Providing [Warrior Down] is filling a gap in service but is also utilizing community by doing that and making sure that community does have voice in it. I feel like that’s health equity.”

Imo’s personal definition of health equity is a strong driver behind her Behavioral Health Recovery Act (BHRA) project. This project seeks to educate healthcare providers about Native American cultural perspectives, including how historical trauma can affect mental health. The project will also focus on bringing an Indigenous perspective and expanding programming to Southwest Native American communities who are seeking or are in recovery from substance use utilizing the Wellbriety curriculum created by White Bison, a Native American-operated 501(c)3 non-profit providing culturally-based healing to Indigenous People. As shared in their own words, White Bison’s mission for the Wellbriety Movement is to provide “culturally-based healing for the next seven generations of Indigenous People” and provide a holistic framework and education around sobriety, recovery, cultural identity and more. The emphasis of the Wellbriety Movement and its affiliated programs, such as White Bison’s Warrior Down/Recovery Coach model, includes peer-to-peer support and resource sharing among Native Americans which are services Indigenous communities are currently not receiving from predominantly white institutionalized settings. Native American participants and their families can attend talking circles and create community while supporting each other through their sobriety and wellness journeys away from governmental and other institutional entities. Currently, there is a Warrior Down Wellbriety Talking Circle operating in La Plata County through the Southern Ute Behavioral Health Division. Imo seeks to expand this initiative into Montezuma County and to promote Indigenous Peer Recovery throughout all of Southwest Colorado. 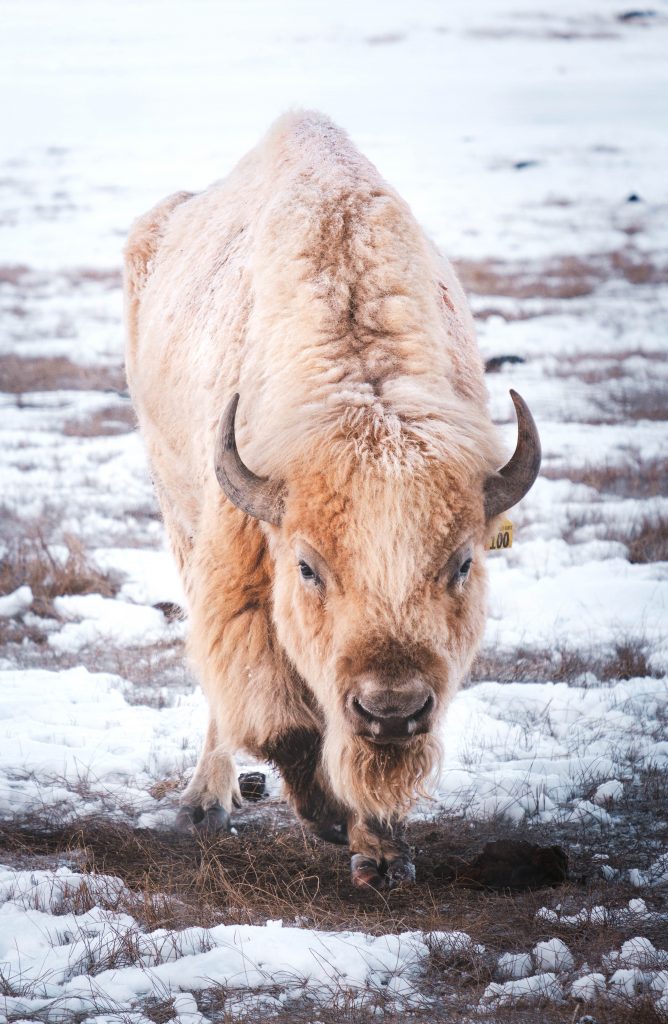 White bison are considered sacred among many Native tribes, including the Lakota people from which the origin of the sacred white bison appeared. This sacred heritage is reflected in the philosophy of White Bison’s Wellbriety Movement with whom Imo works in close partnership throughout Southwest Colorado.

Imo and facilitators of the Wellbriety Movement emphasize that “culture is prevention” and providing culturally relevant healing modalities to Southwest Colorado’s Native American communities is critical. Imo has a clear vision (and budget!) for this project and what the future may bring to this corner of Colorado and the Native American communities of the area. This vision includes $175,000 in sustained funding for Indigenous healing modalities like the Wellbriety Movement and Warrior Down and culminates in a Native American Cultural Center. She envisions this center to be the intersection of culture and community, creating a sustainable and safe space for community and healing for indigenous people, while providing a learning and educational resource center for providers and other community members in Southwest Colorado.

In 2021, the Regional Health Connector Program received funding through Colorado Senate Bill 137 to improve behavioral and mental healthcare systems. Each Regional Health Connector conducted a local needs assessment of their Region by analyzing national, state, and local data to identify priority gaps in behavioral and mental health services. Based on this data, the RHCs proposed projects intended to address these priority gaps and improve health equity using local knowledge, services, and assets.

This work would not be possible without the partnership and collaboration of Southwestern Colorado Area Health Education Center (SWCAHEC) as the host organization for the the Regional Health Connector position in Region 9. SWCAHEC is a non-profit organization that strives to improve rural health in the eight SW counties of Colorado and places a strong emphasis on supporting rural primary care, community health, and on developing a pipeline of students who will eventually be the region’s health professionals.